Gear posts get so many more clicks ! 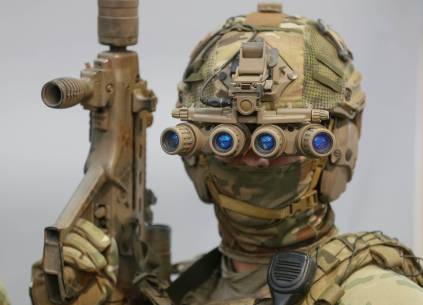 I was reading a great article by Integrated Skills Group  today about Special Forces Worship. Not a lot to argue with me there so far as guys who never even practice with their optic dropping money to essentially cosplay SF on Instagram. I don’t take issue with it, if it’s honest. Hey man, you work hard for your money, if your idea of fun is to buy and geek out over plates you never wear, a gun that comes out of the safe more for pictures than the range, and a bunch of gear then go for it! Just be honest about it. I had a long range AR15 set up, bipod, optic, Gucci level parts. Why? Not cause I needed to defend a 500 yard perimeter! My rifle range only goes to 300! No, cause I wanted to set it up, cause I enjoy shooting for fun, and cause gear can be interesting. I honestly can’t even use the “I need to understand it for my students” excuse. Cause for what I do I absolutely don’t need to understand using a rifle at the range this was capable of. I bought it cause I wanted to. Like why did I have a heavy 20″ AR with target sights? To shoot Civilian Marksmanship Program  with.

The interesting part of that article for me, and the topic it broaches, is that for the people I train with and the type of training we do that gear selection solves itself. Because EVERYTHING we do revolves around a validation model that includes training against real resistance with live adversaries in environments and circumstances that reflect the real world application of our skills all a student needs to do is asses how a piece of gear would work in that training environment. It’s easy to fool a student, or yourself, when you only ever fight paper on the range.

Trying to decide if a carry holster is a good choice? A few hours with a training dummy gun,  or a simunition gun in that holster and trying to present it in the worst case scenarios you may need it in can rapidly inform decision making.  Thinking about using a long gun of some sort for the home? Well, having spent hours in scenario training with simmunition or airsoft guns and you know through first hand experience what sort of accessories and what style of tool you want. It’s easy to think to those training experiences and say I wonder how that would do. And the cycle of then using copies or replicas in live force on force to vet those choices is easily repeatable.

We do a number of knife training scenarios where the student must start smashed up against a wall or under an adversary and fight their way to escape starting with a concealed weapon. Afterwards I often ask where everyone stages that weapon. I don’t have to tell them, when they know they will need it and they are looking at that big skilled training partner about to rag doll them most people make the same choices. I don’t need to debate those people if a folding knife in the bottom of a cluttered purse would be an asset, they can easily recall what they just had to deal with and imagine if that tool and carriage system would help or hinder them under that sort pressure.

The validation model does all the speaking for me. There’s very little room for theory and thought exercises built on speculation when the proving grounds are so accessible.  You don’t need to take my word for it, just do the work, and the work will set you free.